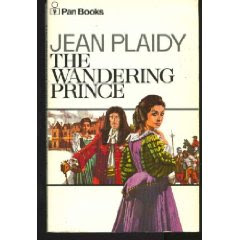 The Wandering Prince by Jean Plaidy.

This novel follows the life of Charles II. It begins in the time of his exile, a time when he fled England, and in so doing slipped from the grasp of Oliver Cromwell. Cromwell and his henchmen had executed Charles' father, the late Charles I, his mother Henrietta Maria had taken refuge in her homeland of France and her youngest child Henriette was smuggled out of England to join her in France by Anne Villiers , a lady of court.
Two of Charles siblings, Henry and Elizabeth were both captured by Cromwell's men and imprisoned in different castles around the land, Elizabeth died but Henry escaped and eventually joined his mother in France.
Charles visited France and Holland throughout his exile.His older sister being married to the Dutch Prince he thought safety was certain. When returning to England he met Lucy Walter who would become one of his many mistresses and bore him a son, James .
Charles' favourite was his sister Henriette or Minette as he named her, she was a young child during the early exile years. The story is told through both Lucy and Minette's eyes. Minette eventually became a prominent figure in the French court , whilst Lucy was to end her days in desolation.

I thoroughly enjoyed this book, Minette , Lucy and Henrietta Maria were all displayed as strong characters in their own ways and all showed a great fondness for the rakish 'Wandering Prince'.
Jean Plaidy Challenge books read 2009

Arleigh said…
This novel was my introduction to Charles II and I really enjoyed it. I also liked the descriptions of the court of France early in Louis XIV's rule.

I was supposed to re-read it (having read it in 2006) for our reading group, but I didn't get to it. I remember it pretty well though. I'll see if Lucy and I can't come up with some reading group questions.
4 October 2009 at 21:51

Popular posts from this blog 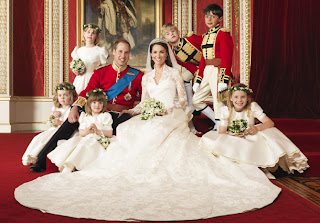 ...both Royal and otherwise have been on my mind recently. Two of my daughters joined myself for a wonderful day watching the Royal Wedding. It was fantastic! Her dress , the service , the bridesmaids were all so lovely. Yesterday , the bride was seen supermarket shopping , pushing her trolley along as we all do, (although I don't think there are security men following me in Morrisons, lol!) but she is obviously enjoying her 'normal' married life. Now for the 'other' weddings ; well two of my daughters are tying the knot this year, one in September and one in December, so there is plenty of wedding talk in this household. Up to now we have one wedding dress, two bridesmaid outfits and one mother of the bride outfit. The priest, choir , church flowers are all arranged and cars and cake are being organised as I type. All the above are for the Septmeber wedding and most will be repeated for the Winter bride. There is much preparation to be done for 'the' da
Read more
By zetor - March 13, 2021
Good Morning...   Hello, debating starting this blog again. 😀 Do I have enough time to resurrect it, not sure. Will see how it goes.
Read more

Over at Amy's blog there is an online quilt festival starting today and running for a week. As I have only ever made one quilt I don't have a lot of choice but as no judging takes place I thought I'd participate. Apologies to those who have already read the details of the quilt in an earlier post but I need to chronicle the it's making for the festival. It was about 2-3 years in the planning , as I was such a coward I really didn't know where to begin. The idea for the quilt was a request from my youngest daughter and not wishing to disappoint I immediately agreed. The material was duly bought and about 2 squares were sewn and that was it for at least a year!!! Then last Autumn I visited a quilt exhibition and when talking to a very talented lady just had to mention about 'this' quilt . She was very reassuring and said' as long as you stick to your pattern all will be well'. A pattern, what pattern? There was no pattern, I believed I could
Read more